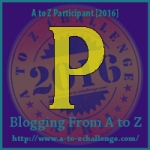 Or Perunu.  Or Perkonis.  Or Peron.  Or…well, there are a lot of different names, but I’ve chosen (somewhat randomly) to go with Pyerun, which is the Russian name.  Some of the names actually mean “thunder” or something related to it, but not all of them.

Whatever you want to call him, he’s a thunder god, and it’s possible that his names are derivations — in the various local languages — from the same Indo-European root that also produced Paranjanya, which is another name for Indra, who is also a storm god.

Pyerun was a god of thunder, but also of rain — of storms in general, really — which gave him some fertility aspects, and a duty to use his thunder to wake the earth itself from the winter sleep.  He also daily rescued the sun from being imprisoned by darkness, which must have made him a very busy god!

What I’d like to focus on, however, are two particular aspects of Pyerun — or rather, two of his accouterments.  He had a chariot that he rode through the sky, which was pulled by a huge male goat.  Even more tellingingly, he had an axe that he used to kill demons, which no matter how many times he threw it, always returned to his hand.

So, even if you only know the dreamy movie version, I’m sure you recognize that Pyerun’s axe is obviously similar to Thor’s magic hammer, Mjöllnir.  But the chariot and the goat are also like Thor:  he, too, had a goat-driven chariot.  Of course, his was pulled by two goats, and they had the remarkable ability of returning to life after having been killed and eaten, so long as their bones were still undamaged.  (Thor gained some useful servants that way, actually:  once after killing and cooking Thor’s goats, the poor fellow providing the god hospitality broke open one of the leg bones for the marrow, so the goat came back to life lamed in one leg.  In recompense for ruining his goat, the man’s whole family became Thor’s servants.)

Naturally, the relative proximity of the two cultures in both time and space means that Pyerun (and his neighbors/other selves)  was almost certainly at least partially influenced by the Norse myths of Thor.

(Which probably means I should have done something else today, but this was fast, and I have a paper to write that’s been hampered by all sorts of unrelated stuff, so…this ended up being what I wrote about.  Sorry if it seems like a cop-out.)

Of course, on the other hand, Pyerun’s fertility aspects are absent in Thor, but present in many other storm gods, so Pyerun is more than just the Slavic version of Thor.  Likewise, so far as I know, Thor never rescued the sun from the darkness (or anything else, for that matter) so that also is Pyerun’s own tale.

3 comments on “P is for Pyerun”