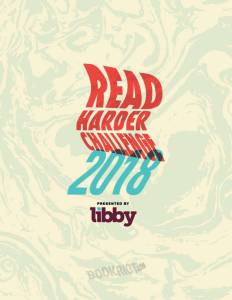 As I said before, this next book is really appropriate for Black History Month.  In looking at the (uniquely finite) list of choices for Challenge #13 “An Oprah Book Club selection,” I was admittedly a bit torn, as Middlesex sounded like something I’d like to read.  (How many books have intersex leads?)  But in the end I decided to go with this one.

Rather than make any futile attempt on my own to describe the contents of the book in summary, let me quote the summary from the book’s Goodreads page instead:

Maya Angelou has fascinated, moved, and inspired countless readers with the first three volumes of her autobiography, one of the most remarkable personal narratives of our age. Now, in her fourth volume, The Heart of a Woman, her turbulent life breaks wide open with joy as the singer-dancer enters the razzle-dazzle of fabulous New York City. There, at the Harlem Writers Guild, her love for writing blazes anew.

Her compassion and commitment lead her to respond to the fiery times by becoming the northern coordinator of Martin Luther King’s history-making quest. A tempestuous, earthy woman, she promises her heart to one man only to have it stolen, virtually on her wedding day, by a passionate African freedom fighter.

Filled with unforgettable vignettes of famous characters, from Billie Holiday to Malcolm X, The Heart of a Woman sings with Maya Angelou’s eloquent prose her fondest dreams, deepest disappointments, and her dramatically tender relationship with her rebellious teenage son. Vulnerable, humorous, tough, Maya speaks with an intimate awareness of the heart within all of us.

While that does sum up most of the content matter, it doesn’t really do justice to the book.  There’s so much more involved, and the summary doesn’t put nearly enough emphasis on her involvement with the Civil Rights Movement.  Also, it doesn’t mention that there are places where the narrative grips you so much that you have to keep reading, desperate to know what will happen next, even though the events all took place fifty+ years ago.

So, a little background.  As the Goodreads summary says, this was the fourth volume (out of a total of six) of Maya Angelou’s autobiography.  Before reading it, like many (most?) other people, I had only read the first volume, I Know Why the Caged Bird Sings, which was assigned reading back in high school.  (Early in high school, too, if I recall correctly.)  So that was 20+ years ago, and my memories of the book are scattered and fragmented.  Mostly I only remembered a few incidents, one small (her mention that St. Louis was the first (or was it only?) place she had encountered jelly beans and peanuts eaten together), and the rest striking and powerful (particularly when she stood up against the expectations of her community and reported that she had been raped (by her uncle, I think?)).  The moment that I recall that’s most pertinent to The Heart of a Woman was towards the end of the book (possibly was the end), when she was afraid to sleep in the same bed with her newborn baby, out of fear of hurting the child, but was convinced to do so anyway, and when she woke, she found she had rolled over towards the baby, but her body had instinctively arranged itself so that the baby was safely sheltered, cradled to her chest.

So the jump to The Heart of a Woman, which starts when that baby is a gangly teenage boy (who I would not describe as “rebellious,” btw) was rather jarring.  Though I suppose it would have been more jarring if I had read I Know Why the Caged Bird Sings more recently.  I still probably should have read a synopsis of the intervening two books (and maybe one of the first one, to refresh my memory), though I don’t think that hurt the reading experience much, overall.  I think the biggest surprise, really, was right there in the summary:  I’m used to thinking of her exclusively as an author and poet, so finding out that she was also a performer was unexpected.

The part that will stick with me longest, I think, was the middle portion of the book, when she was most active in the Civil Rights Movement in New York.  That was around 1960, when my parents would have been roughly middle school aged.  (If my math is right, based on when they graduated high school.)  Reading about everything Maya saw and went through, and particularly the reactions of white people (both those in favor of and those opposed to Civil Rights) made me wonder how the struggle affected my parents, if at all, and what I would have done if I had lived then.  Did my parents read about it in the newspapers or hear about it on the news?  Did my grandparents discuss it among themselves or with their children?  Did my parents even know any people of color to have acquaintances who were directly impacted?  (This city, where my father grew up, is to this day among the most segregated cities in the US (which mortifies me entirely), and my mother comes from a small town in the mountains of North Carolina.)  What did my parents think of it?  What did my grandparents think?  And what about me?  If I’d been there, would I have volunteered my time to help out?  Would I have just sent a contribution of money?  I don’t want to think I’d have been opposed to it, but if I’d been living back then, I probably would have been a very different person, so I don’t really know, do I?

It also made me wonder how the leaders of the Civil Rights Movement would react if they could see what things are like now.  I think Martin Luther King would have been very pleased to see the direction the country was going in a few years ago.  Now…he must be horrified.  I know I am.

But I don’t want to turn this blog political, so I’m stopping right there and getting back to the book.

This was one of the most powerful and moving books I’ve read in years.  (Wait…maybe Two Boys Kissing is close enough to this level that it hasn’t been years.  But apart from that, it’s been years.)  If you’re looking to fulfill this challenge — or the celebrity memoir challenge — this is definitely a good selection.  Also if you just want something moving and powerful to read.  (It probably pairs well with the book Hidden Figures.  It certainly paired well with the movie.  (Just picked that up on Blu-Ray and watched it a couple days ago.))

I’m not sure what I’m going to read next.  Either the mystery or the social science book, probably.  Since there’s still a bit over a week of February left, I’d like to stick with the Black History Month theme, and the social science book I’ve already bought sort of fits.  (It’s about Haiti.  So…people of color who are of African ancestry, but…it’s not really…I mean, it’s a classic of cultural anthropology, but…somehow the idea of reading it for/during Black History Month triggers my “squirm” instinct.  Which is not a good sign.)